Douglas Mawson was one of Australia's most influential explorers. And despite being featured on one of the banknotes, he is largely unknown. The key event in his life occurred somewhat early on, when ... Vollständige Rezension lesen

Beau Riffenburgh is an historian specialising in exploration, particularly that of the Antarctic, Arctic, and Africa. Born in California, he earned his doctorate at Cambridge University, following which he joined the staff at the Scott Polar Research Institute, where he served for 14 years as the editor of Polar Record. He is the author of the highly regarded Nimrod: Ernest Shackleton and the Extraordinary Story of the 1907-09 British Antarctic Expedition and The Myth of the Explorer. He also served as Editor of the Encyclopedia of the Antarctic. 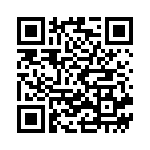