PRODOSH AICH was born in Calcutta in 1933. High School and studies in PHILOSOPHY in India. Studies in ETHNOLOGY, PHILOSOPHY and SOCIOLOGY at the University of Cologne. University teacher and publicist. Taught sociology at Cologne (Germany), Rajasthan (Jaipur, India) and Oldenburg (Germany) universities. Besides books he has published many essays, papers in readers and learned journals, made radio features and documentary films for Television, altogether more than 100 titles and participated in radio and television talk-shows. He is still an Indian though he has been living in Germany for a longer period than most Germans. 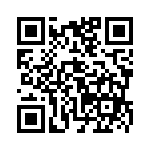