The prose is clearly written. But, as a person who has experienced parenthood, the ideas expressed are indeed egoistic. But they are in no way a pattern for an individual who is a social animal. It is ... Vollständige Rezension lesen

I read this book in order to understand Rand's philosophy before reading Atlas Shrugged. I figured that for such a big book, I needed to know what was going on before the fact, so I can follow along ... Vollständige Rezension lesen

Ayn Rand, 1905 - 1982 Novelist and philosopher Ayn Rand was born Alice Rosenbaum on February 2, 1905 in St. Petersburg, Russia. She graduated with highest honors in history from the University of Petrograd in 1924, and she came to the United States in 1926 with dreams of becoming a screenwriter. In 1929, she married actor Charles "Frank" O'Connor. After arriving in Hollywood, Rand was spotted by Cecil B. DeMille standing at the gate of his studio and gave her a job as an extra in King of Kings. She also worked as a script reader and a wardrobe girl and, in 1932, she sold Red Pawn to Universal Studios. In the 1950's, she returned to New York City where she hosted a Saturday night group she called "the collective." It was also during this time that Rand received a fan letter from a young man, Nathaniel Branden. She was impressed with his letter, and she wrote him back. Her correspondence with him eventually led to an affair that lasted over a decade. He became her chief spokesperson and codified the principles of her novels into a strict philosophical system (objectivism) and founded an institute bearing his name. Their affair ended in 1968 when Branden got involved with another one of Rand's disciples. According to Rand, people are inherently selfish and act only out of personal interest making a selfish act, a rational one. It is from this belief that her characters play out their lives. Rand's first novel was "We the Living" (1936) and was followed by "Anthem" (1938), "The Fountainhead" (1943), and "Atlas Shrugged" (1957). All four of her novels made the top ten of the controversial list of the 100 Best Novels of the 20th Century. On March 6, 1982, Ayn Rand died in her New York City apartment. 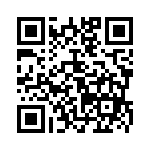