Seite 222
16 apr 42 this morning people called who came over on the same boat as us . otto bauer's wife and brainer , a young austrian working man who earns $ 45 a week as a fitter on the southern railway " and owns a little car and fine china ...
Seite 472
24 June 40 Guernica , so called after the Spanish village destroyed by Nazi bombing in the Civil War , was painted for the Spanish pavilion at the Paris International Exhibition of 1937 . 28 June 40 Lion Feuchtwanger emigrated to the ...
Seite 498
Before leaving England he had worked with Berthold Viertel on a film called Little Friend , starring Nova Pilbeam : an experience beautifully related in his novel Prater Violet ( 1945 ) . 26 September 43 This small selection differs ... 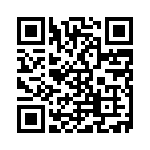