AN UNEXPECTED LIGHT: Travels in Afghanistan

British journalist Elliot chronicles his love affair with Afghanistan in this evocative, albeit somewhat long-winded, narrative.The author first visited Afghanistan briefly when he was 19 and the ... Vollständige Rezension lesen

An English schoolboy with no connection to the place, falls mysteriously in love with a far country. As soon as he is old enough, off he goes. And a wonderful, wonderful book results. Just now and ... Vollständige Rezension lesen

Jason Elliot lives in London. An Unexpected Light is his first book. 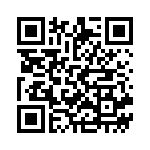