The lives and times of Bonnie and Clyde

During the Depression, many gangsters left their mark, but no one did this better than Bonnie and Clyde. From 1932 to 1934, the Bonnie and Clyde gang made news daily and frustrated law enforcement ... Vollständige Rezension lesen

Clyde Barrow and Bonnie Parker burst upon the American Southwest in the Great Depression year of 1932. At the time of Clyde’ s first involvement in a murder, people paid little attention to the event. He was just another violent hoodlum in a nation with a growing list of brutal criminals, which included Al Capone, John Dillinger, Pretty Boy Floyd, and the Barker gang. Not until Bonnie and Clyde joined forces did the public become intrigued. The phrase ‘ Bonnie and Clyde’ took on an electrifying and exotic meaning that has abated little in the past sixty years."— E. R. Milner, from the Prologue 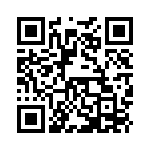