This book is deceptively complex. I started out with the audiobook version, but after listening to the first two CDs about three times and not really taking in any of it in, I checked out the ... Vollständige Rezension lesen

This book was intense. I'm not sure if I was ready for something so deep, and it took me a long time for the length, which really got on my nerves. I ended up speed reading the last 80 pages just to ... Vollständige Rezension lesen

The exiled 14th Dalai Lama was born on July 6, 1935 to a peasant family living in a former Tibetan village. He was recognized as the reincarnation of the previous spiritual leader of his nation at the age of two and enthroned on February 22, 1940. In 1959 he and 100,000 followers fled the country following a failed revolt against the Communist Chinese forces that had occupied Tibet for almost a decade. Since that time, the Dalai Lama has met with numerous world leaders and U. N. officials in a tireless effort to free his country and preserve the traditional Tibetan way of life. He received the Nobel Peace Prize in 1989 and has been awarded honorary citizenships by many international cities and countries, as well as multiple honorary degrees and human rights awards. In 2007 the Dalai Lama received the United States Congressional Gold Medal. He has written many books and lectures around the world. His book, My Spiritual Journey, made the iBooks bestseller list in 2016. He is the author of the best seller, The Book of Joy: Lasting Happiness in a Changing World, with the Desmond Tutu and Douglas Carlton Abrams. 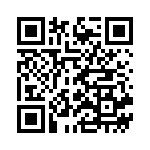