Seite 36
The worst slum on the east side was the Fourth Ward , an area bounded by Catherine , Chatham , Spruce , and Ferry . It had narrow filthy streets , overcrowded tenements , and thousands of windowless basement apartments .
Seite 81
The German Tenth Ward , for example , was quiet , orderly , and in fairly decent sanitary condition . In the Irish Fourth Ward sanitary conditions were deplorable ; half of the tenements had no drain or waste pipe connected with the ...
Seite 145
Almost ane - half of the city's 15,500 Hungarians herded together in a small district nestled between Rivington , Avenue B , Eighth Street , and the East River in the Eleventh Ward . To the north , between Fiftieth Street and Seventy ... 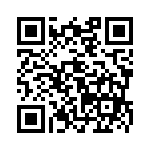