Steven J. Dick held the 2014 Baruch S. Blumberg NASA/Library of Congress Chair in Astrobiology at the John W. Kluge Center of the Library of Congress. In 2013 he testified before Congress on the subject of astrobiology. He served as the Charles A. Lindbergh Chair in Aerospace History at the National Air and Space Museum (2011-2012), and as the NASA Chief Historian and Director of the NASA History Office (2003-2009). He is the recipient of numerous awards, including the NASA Exceptional Service Medal and the Navy Meritorious Civilian Service Medal, and is author or editor of twenty books, including The Biological Universe (1996). He was awarded the 2006 LeRoy E. Doggett Prize for Historical Astronomy of the American Astronomical Society. In 2009, the International Astronomical Union designated minor planet 6544 stevendick in his honor. 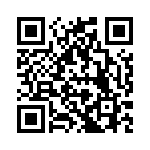