William Makepeace Thackeray was born in 1811 in Calcutta of Anglo-Indian parents. He was educated at English private schools and Cambridge but left without a degree. European travel was cut short by the loss of most of Thackeray's inheritance in 1833 in Indian bank failures, upon which he decided to make his living as a painter. Returning to London in 1837, he found himself with two young daughters and an insane wife by 1840 and forced to write for a living. Most of his early output was reviews, sketches, comic items or short serials for magazines, often under pseudonyms. His first novel, Barry Lyndon, was serialised in 1844, and Thackeray also published three travel books in the 1840s. His satiric vein and discontent with contemporary fictional norms led to his first major novel, Vanity Fair, in 1847, followed by a handful of other major novels over the next dozen years which turned from satiric to historical. Published lectures on the new field of English literature led to tours of the United States from 1852 and The Virginians, a novel set partly in America. Thackeray was a founding editor of the literary journal The Cornhill Magazine in 1859, but resigned due to ill-health in 1862, though his last works were published in the journal. He died in 1863. 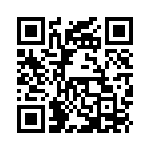