William E. Barton (1861-1930) was one of the best-known American clergymen of the early twentieth century and the author of more than sixty books. His accomplishments were so many that his was the longest entry in the 1930 edition of "Whos Who in America." But his most popular works were the wise and witty parables presented in this book. 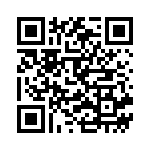