I've often glanced at those John Lutz 'Night' paperbacks, with their similar names and attractively creepy cover designs. Each book features the same basic themes of a retired cop being called back, a ... Vollst‰ndige Rezension lesen

This book is the same book as The Night Spider. I mean the same, it just has a new title. Don't get ripped off like I was. I'm really livid over this! In very small print on the cover it read ... Vollst‰ndige Rezension lesen

John Lutz is the author of more than 40 novels including Lazarus Man, Jericho Man, Dancing with the Dead, and Slaughter. He is also the author of several series including the Alo Nudger series, the Fred Carver Mystery series, and the Frank Quinn series. SWF Seeks Same was adapted into the hit movie Single White Female starring Bridget Fonda and Jennifer Jason Leigh and The Ex was adapted into a HBO feature. He has received several awards including an Edgar Award, a Shamus Award, the Shamus Lifetime Achievement Award, and the Short Mystery Fiction Society's Golden Derringer Lifetime Achievement Award. 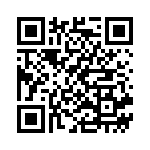