Reinventing discovery: the new era of networked science is a critical examination of the potentials of digital technologies, especially of collaborations that happen via the web. In his thesis ... Vollständige Rezension lesen

The subject here is not the science of networks but the effect of networks on the conduct of science. Open sourcing, open access, open data, citizen science, data-driven intelligence, wikis, etc ... Vollständige Rezension lesen

Michael Nielsen is one of the pioneers of quantum computing. He is an essayist, speaker, and advocate of open science. He lives in Toronto. 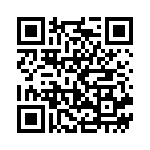