Alexander Pope was born in 1688 in London, England. His father, a linen merchant, moved his family to Binfield in Windsor Forest after the Glorious Revolution of 1688, where Pope received little schooling, educating himself largely through reading. At the age of twelve, Pope contracted a tubercular infection, never growing taller than four feet, six inches, and suffered from curvature of the spine and constant headaches. He came to public notice on the publication of “Pastorals” in Jacob Tonson's Miscellany (1709), Essay on Criticism (1711), and gained much notoriety and acclaim for The Rape of the Lock (1712). By 1713, Pope had befriended Jonathan Swift, John Gay, Thomas Parnell, and Dr. John Arbuthnot, and together they formed the “Scriblerus Club” which indirectly contributed to such works as Swift's Gulliver's Travels and Pope's own Dunciad (1728), as well as the Memoirs of Martinus Scriblerus (1741). Pope's translation of the Iliad (1715-1720) and the Odyssey (1725-1726) earned him financial success, as well as critical praise. Working jointly with Swift, they published Miscellanies (1727-1732), an obvious parody of writers, which was ill received. Pope answered again with a personal satire, the famous Dunciad. He attempted a survey of human nature, completing Essay on Man (1733), and Mortal Essays both reminiscent of the satire for which Pope had become so famous. Imitations of Horace (1733-1738) a parody of the contemporary social and political scene, and his “pirated” letters, which he had devised to be published, would be his last works. Pope died in 1744 and was buried in Twickenham Church. He left the epic verse Brutus incomplete. 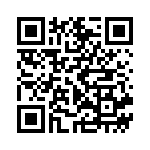