Seite 7
This Fourth World has a population of about 1 billion people , living on less than the mere existence , in an environment of squalor , hunger and hopelessness . " They are the absolute poor , living in situation so deprived as to be ...
Seite 12
... overcrowding and unhealthy living , inbuilt , unattractive , and badly designed houses , socially unacceptable , lacking in the supply of water , damp walls , blocked and broken drains , rotting and broken window - frames , holed ...
Seite 83
But , I carried on living every moment of it in the memory of Akhil and his priceless gifts to me . ... Over the years so many times I've taken pledges in my heart to live like Akhil , to be humane in whatever I do . 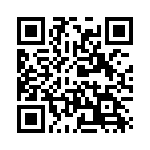