After reading "Maps of the Ancient Sea Kings", I thought this book might clear up some issues and provide some analysis of previous studies done on this map. I feel that this book did a good job in ... Vollständige Rezension lesen

Gregory C. McIntosh is an independent scholar in the history of cartography residing in Cerritos, California. 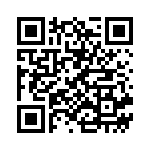