Seite 42
But Duke of Somerset , to the House of Lords as Baron we may say that neither , in our opinion , is likely Percy after her ... Lord Lytton , and says nothing of the Wiggetts It is , of course , out of the question for us to enter and ...
Seite 293
He says , speaking of a they have for " coronation baronies " ; and that certain publication :though , to all appearance , it is becoming highly “ It is very severe upon Lord Mansfield , whose legal penal , even in peers of the realm ...
Seite 389
-In Bryan's Dictionary of Painters contention as to the jurisdiction of the House of it is said that he flourished in the latter half of the Lords , but I am also aware that it is only a conteneighteenth century , and died about 1800. 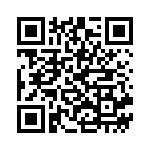