Seite 29
When the deportations were suspended because of a change in Hungarian policy , only the Jews of Budapest remained ... die with the Jewish children in his care , was the object of savage attacks by Claude Lanzmann , director of Shoah .
Seite 30
During the Soviet invasion of Hungary in 1956 , Gyuri and his Jewish friend , Daniel , board a train to the west , leaving Budapest behind . Both young men struggle with the meaning of leaving home , family , and everything familiar as ...
Seite 34
I wish to thank Charles Fenyvesi , US News and World Report , Shmuel Roth , Agudath Israel , New York City ; and Menahem Schmelzer , the Jewish Theological Seminary of America , for sharing their experiences with me . 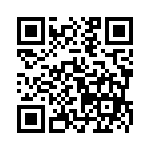