Seite 23
From this point of departure , Edwards developed an interest in the Bayesian
theory of statistics , an interest that led to a large number of studies by Edwards
and , very soon , his numerous colleagues , including Peterson , Phillips , Beach
and ...
Seite 133
In fact in many of the multiple cue probability learning and interpersonal conflict
studies ( e.g. , Mumpower & Hammond , 1974 ) the emphasis is so much on
formal properties ( linear vs. curvilinear function forms , intercorrelated vs.
orthogonal ...
Seite 142
12.6 PSYCHOLOGICAL DECISION THEORY In the heuristics experiments , the
subject usually receives a rather complex , undecomposed stimulus - for example
, the “ personality " descriptions in the base rate studies ( Kahneman & Tversky ... 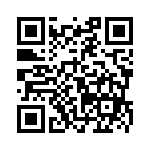