Seite 22
The portrait is in a plain Browne's works , published in four volumes in oval frame , without ornament , and was , without 1836 , and which the editor says ,doubt , engraved from the Bodleian . He is looking " to the right of the ...
Seite 23
The features correspond entirely with those in the other portraits of the great man . No engraving has been made of this likeness , but an indifferent lithograph is to be occasionally met with . | This portrait was presented to the ...
Seite 462
The words " Prefixed to his History of Ceylon " are misleading , since the first edition of Knox's book appeared in 1681 , and the second , revised and enlarged edition , for which the portrait was engraved , was never printed . 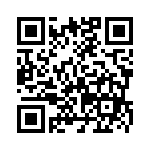