Seite 79
His paraphrase sharpens the sense of ' felt life ' by deft touches , such as ' those ... hills ' , which suggests that he is looking at an actual sunlit landscape , and by the double verb , ' I look , and sigh ' , which suggests the ...
Seite 108
... a harbinger is a forerunner , but a ' Royal Harbinger ' suggests something of the medieval sense of one who goes before a king to prepare his lodging ; and it could also be applied to Righteousness , giving it a royal quality .
Seite 327
... which were given in Latin and remained untranslated until 1912 , was Praelectiones Academicae , ' De Poeticae Vi Medica ' , which suggests that poetry is good for the soul , healing , or cathartic ( to use Aristotle's word ) . 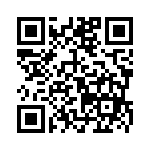