Seite 375
On the 27th the Belgian army capitulated , and soon after this came the Dunkirk
evacuation , which saved about 225 , 000 British and 112 , 000 Allied soldiers ,
mostly French . France ' s defeat was inevitable . What would Britain do ? The
part ...
Seite 376
That was why , from November 1940 on , air attacks on Britain were substituted
for invasion . But they could not have either the same scope or the same
consequences . The three objects in view were the ports , the industrial centres ,
and the ...
Seite 411
It is , moreover , evident that Britain has never felt herself more closely bound to
Europe , more dependent on Continental developments , than now , nor more
firmly resolved to play a foremost part in shaping European destinies . But the
British ... 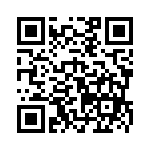