Seite 11
... Edward the Black Prince , Who on the French ground played a tragedy , Making defeat on the full power of France , Whiles his most mighty father on a hill Stood smiling to behold his lion's whelp Forage in blood of French nobility .
Seite 38
In peace , there's nothing so becomes a man , As modest stillness , and humility : But when the blast of war blows in our ears , Then imitate the action of the tiger : Stiffen the sinews , summon up the blood , Disguise fair nature with ...
Seite 72
Mount them , and make incision in their hides , 10 That their hot blood may spin in English eyes , And dout them with superfluous courage , ha ! Rambures . What , will you have them weep our horses ' blood ? 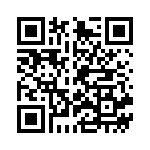