Seite 8
18 Meanwhile we must notice that , down to the middle of the second century , all
but one of the provinces remained active theatres of war - rich lin triumphs , but
costly to the state . Sicily was probably the only lone that regularly realised a ...
Seite 12
What really counted , by the second century , is perhaps best seen in the famous
epitaphs of the Scipios . 39 It was — if one ignored a few Greek ideas that , as
Lucilius ' poetic discussion shows , did not count for so very much in the practical
...
Seite 13
Within the aristocracy , as we all know , Roman ! politics , especially in the
second century B . C . , was a constant struggle for prestige ( dignitas ) , pursued
with single - minded ambition . It was a highly competitive society . But this
prestige , as ... 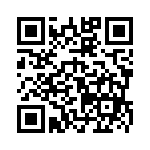