Seite 8
and not living in the eyes of men, are like the images of Cassius and Brutus in the funeral of Junia; of which not being represented, as many others were, Tacitus saith, "Eo ipso praefulge- bant, quod non visebantur."* 3.
Seite 45
mendeth this part of metaphysic , is that it doth of living creatures , " and the like , is well inquired enfranchise the power of man unto the greatest and collected in metaphysic , but in physic they liberty and possibility of works ...
Seite 212
... if we have some are advanced ( in effect ) to be perfect crea- such variety of plants , and living creatures , tures , like beasts or birds , and have sexes , and more than you have in Europe ( for we know do propagate . 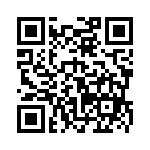