As a staff journalist early in his career he worked on magazines in various editorial posts including Chief Subeditor and Assistant Editor on Country Life. As a London-based freelance he concentrated on articles on the arts, interviews and reviews for various newspapers, including The Times and The Guardian, and for various magazine, including the Radio Times and other weeklies.While working in Bogota, Colombia (1971-75) as Coordinator of Studies in the English Department of the School of Translation and Interpreting, Rosario University, his journalism included work as a foreign correspondent (stringer) for The Sunday Times, Time Magazine, Newsweek and the Buenos Aires Herald. He founded, directed and presented a weekly half-hour programme in Spanish called Encuentros Culturales (Cultural Encounters), for a radio station, Emisora Mariana de Bogota. For this he interviewed ambassadors and businessmen from various countries.During 1975-76 in Madrid he wrote for McGraw-Hill Publications and the Adelaide Advertiser, among other publications. He wrote a weekly column, Inside Spain, for the Manchester Evening News.Lecturing and training include giving private tuition in English and essay writing skills through to university level; heading the English Department of the Haile Selassie I day School, Addis Ababa, Ethiopia (1955-57); giving various writing skills courses to professionals; and lecturing in English Language and Literature for the British Council in Milan (1955-57), at the Rosario University, Bogota, and in Madrid.As a trainer in journalism he was Director of Studies at the College of Journalism in London from 1976 to 1987, and lecturer in feature writing at universities in London, including the University of Westminster postgraduate programme in Journalism Studies (1987-00). In 1987 he established the Brendan Hennessy consultancy, providing training in journalism and writing skills training for business organisations. From 1995 he has concentrated on this and on 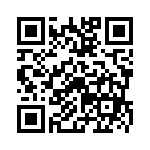