Seite 18
Every governmental system has a sovereign , one or several who possess all the executive , legislative , and judicial powers . That sovereign may be an individual , a group , or the people themselves . Broadly speaking , there are only ...
Seite 19
J. Reuben Clark noted : “ It is the union of independence and dependence of these branches — legislative , executive , and judicialand of the governmental functions possessed by each of them , that constitutes the marvelous genius of ...
Seite 29
... let it be preached from the pulpit , proclaimed in legislative halls , and enforced in courts of justice . And , in short , let it become the political religion of the nation . ” 3. We must become involved in civic affairs . 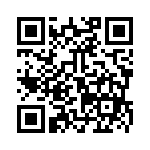