Seite 131
17 . that in Italian the flower is called Turnesole HENRY GERALD HOPE . bobo , in French tournsol ; and that some 119 , Elnis Road , Clapham , S.W. think it to be Herba Clytice , " into which the Poëts feigne Clytia to be metainorphosed ...
Seite 134
... a summit , condensation becomes complete , when few in Cromwell Road , and a single set in George the particles of moisture aggregate into drops Street , Edgware Road . Of all these , however , the which fall as rain .
Seite 255
Here was just twenty - one years of age , she could Corner , he would get into the High Road not have been long on the stage at that between London and Cambridge , and after period . She evidently , did not leave the that his route to ... 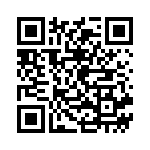