Seite 114
“ That's what Milly says , ma'am ; she's such a sweet way of talking , and bears all so patiently , that I sometimes think she's half way to heaven already . " A slight cough here told them that Milly was awake , and Miss Woodville and ...
Seite 115
Milly stretched out her hand , which Blanche took . “ I am very glad to see you , Miss Blanche , " she said . Miss Woodville seated herself by the bed , but Blanche remained standing , still holding Milly's hand . Are you so very ill ?
Seite 212
They intended to call on little Milly , and then go on to Miss Woodville's . On approaching Mrs. Everard's cottage , Lizzie was surprised to see the shutter closed , but it escaped the children's observation , and she said nothing . 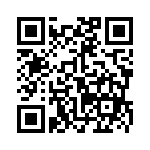