This one-of-a-kind reference can almost be read front to back; it is that compelling. Lantz, who translated and annotated Fyodor Dostoevsky's A Writer's Diary , has produced an encyclopedia that will ... Vollständige Rezension lesen

KENNETH LANTZ is Professor of Russian Literature at the University of Toronto. His previous books include F. M. Dostoevsky: A Writer's Diary (1994), and Chekhov: A Reference Guide (1985). He is the Editor of the Toronto Slavic Quarterly. 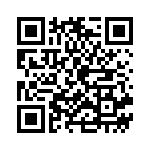