Louise Shelley is a Professor in the School of Public Policy and the founder and Director of the Terrorism, Transnational Crime and Corruption Center (TraCCC) at George Mason University. She is a leading US expert on transnational crime and terrorism, with a particular focus on the former Soviet Union. Dr Shelley is the author of Policing Soviet Society (1996), Lawyers in Soviet Work Life (1984) and Crime and Modernization (1981), as well as numerous articles and book chapters on all aspects of transnational crime, corruption and the crime-terror nexus. 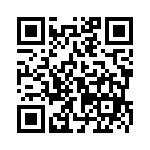