John Sutherland was born on October 9, 1938. After graduating from the University of Leicester in 1964, he began his academic career as an assistant lecturer in Edinburgh. He specializes in Victorian fiction, 20th century literature, and the history of publishing. He is Lord Northcliffe Professor Emeritus of Modern English Literature at University College, London and is currently teaching at the California Institute of Technology. He writes for The Guardian and is a well-known literary reviewer. He is the author of more than 20 books including Stephen Spender: The Authorized Biography, How to Read a Novel: A User's Guide, The Boy Who Loved Books, Curiosities of Literature, 50 Literature Ideas You Really Need to Know, Lives of the Novelists: A History of Fiction in 294 Lives, and Magic Moments: Life-Changing Encounters with Books, Film, Music. He is also the co-author, with Stephen Fender, of Love, Sex, Death and Words: Tales from a Year in Literature. 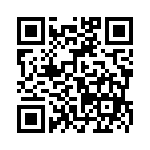