Seite 148
As Godefroy gives malingeus , malengous ' malingre ' , which resembles maligneux ' dangereux , malin ' , and as Engl ... AMERICAN BARBECUE The editors of the Oxford English Dictionary give the following etymology for barbacue : ad .
Seite 242
Thus in Give the boy a book , the boy would be dative and a book accusative , if the IO and DO always come in this word - order . But , says Jespersen , in such a sentence as Give it him , the order of DO and IO is reversed , and since ...
Seite 243
18 Give it me and its ilk have died out of normal American , and even in written English constitute a none too vigorous survival . The competing Give it to me , with the to - phrase instead of the IO , outnumbers it heavily , according ... 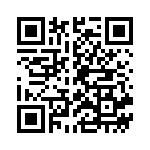