Seite 58
dealers in pigs , poultry , and potatoes ; -men pursuing Indian claims , some for tracts of land , others , like our friend Snipe , 4 for pigs which the wolves had eaten ; -creditors of the tribes , or of particular Indians , who know ...
Seite 64
would be wanting , for the Indian to keep his territory ; and that the business of arranging the terms of an Indian Treaty , whatever it might have been two hundred years ago , while the Indian tribes had not , as now , thrown aside the ...
Seite 85
He and his lady seem to have had the art of making themselves as absolutely Indian in their sympathies and manners as the welfare of ... They were the only persons I met with who , really knowing the Indians , had any regard for them . 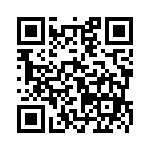