Maurizio Calbi is Associate Professor of English Literature and History of English Culture at the University of Salerno, Italy. 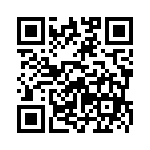