Seite 174
SEMIOSIS As Piaget (1962) has repeatedly emphasized, a large part of the
development of symbolism involves the development of the structures mediating
action, especially during the first six or seven years of human life during which
most of ...
Seite 176
The society not only controls semiosis in enculturation, but also controls
orientation of consciousness to Symbols (e.g., a cross), Symbolic arrays (e.g., a
cross in the context of a church), and Symbolic sequences (e.g., a mass or
pilgrimage).
Seite 178
Play and Semiosis A major thrust of neurocognitive development, as we have
seen, is the construction, refinement, elaboration, and completion of a system of
internalized models of the world. These models intervene between stimulus input
... 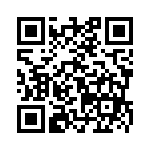