Seite 57
Moreover , in the history of indiscriminate strategic bombing , which started with
Guernica and continued , after Hiroshima and Nagasaki , to include the bombing
of North Vietnam , Japan bears a serious responsibility for the bombing of ...
Seite 173
The first shows a small survivor of the bombing clutching a rice ball , and the
second shows a woman breastfeeding an injured baby at a makeshift medical
treatment center . ( Figures 5 and 6 ) Fig . 5 Fig . 6 Nagasaki , Nagasaki , 10
August ...
Seite 179
( Kyôdô Tsűshin 2000 : 201 ) The image becomes part of a shared national
experience of war , atomic bombing , defeat , occupation and reconstruction .
Elsewhere , however , the memory of war is recast into forms which give
Yamahata ' s ... 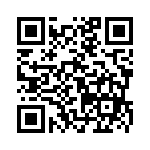