Richard King is professor of Buddhist and Asian studies at the University of Kent. He is the author of Early Advaita Vedanta and Buddhism (1995); Orientalism and Religion: Postcolonial Theory, India, and the “Mystic East” (1999); Indian Philosophy: An Introduction to Hindu and Buddhist Thought (1999); and Selling Spirituality: The Silent Takeover of Religion (2004, with Jeremy Carrette). 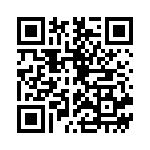