Seite 78
In Ixil four clause types are distinguished with the following minimum structures plus indication of some of the diagnostic optional tagmemes as well : Intransitive : + Predicatei + Subject Transitive : + Predicate , + Actor + Object ...
Seite 139
Such influence might account , that is , for the distinction of d from t ( including th ) by a separate series of syllabic signs , while the other stops are not so distinguished , where ka , for instance , serves for ka , ga , kha .
Seite 453
Thus one learns ( 359 ) that [ N ] has three degrees of length , while four main degrees of vowel length are distinguished : over - short , short , long , and over - long ( the latter occurring among speakers who drawl their speech ... 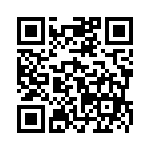