Ronald de Sousa is a Fellow of the Royal Society of Canada. He has taught at University of Toronto, Canada since 1966. He is the author of The Rationality of Emotion (MIT 1987), Why Think? Evolution and the Rational Mind (OUP 2007, 2011), and Emotional Truth (OUP 2011). He has also published over a hundred articles and book chapters, and taught and lectured in some twenty countries. His research interests have been mainly in areas of philosophy that seek to understand the mind: emotion, evolutionary theory, cognitive science, aesthetics, ethics, and sex. 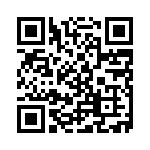