The book is in excellent shape and very informative and was shipped carefully and sent in a very timely offer. Thank you Vollständige Rezension lesen

Gene Reeves is a Buddhist scholar and teacher, process philosopher, and theologian who has lived in Tokyo for over 23 years studying, teaching, and practicing the Buddhism of the Lotus Sutra. He is a founder of the International Buddhist Congregation with headquarters in Tokyo, a part of the much larger Rissho Kosei-kai lay Buddhist organization. He is the translator from Chinese into English of The Lotus Sutra: A Contemporary Translation of a Buddhist Classic. His most recently published book is The Stories of the Lotus Sutra. A Buddhist Kaleidoscope: Essays on the Lotus Sutra, which he edited, was published in 2002. Reeves is currently working on "A Buddhist Natural Theology" which attempts to relate the process philosophy of A.N. Whitehead and Charles Hartshorne with the Buddhism of the Lotus Sutra. Reeves is a regular contributor to the magazine Dharma World, and a frequent speaker on the Lotus Sutra and Chinese Buddhism in Japan, China, Korea, Taiwan, Singapore, and the United States. He retired in 2012 as distinguished professor at Renmin University of China in Beijing and continues to do field research on contemporary Chinese Buddhism in China and serve as an International Advisor at Rissho Kosei-kai in Japan. He has taught at the University of Tsukuba in Japan, the University of Peking in China, and at the University of Chicago and Meadville Lombard Theological School, Wilberforce University, and Tufts University in the United States. Born and raised in a small factory town in New Hampshire, Reeves graduated from the University of New Hampshire with a degree in psychology, from Boston University with a degree in theology, and from Emory University with a PhD in philosophy. In addition to his passion for Buddhism, Reeves has been active for over 50 years in civil rights causes, working for a time with Martin Luther King, Jr. and for Chicago Mayor Harold Washington. Reeves is married to Yayoi Reeves and has homes in Tokyo and Chicago. He has two adult daughters who live and work in the United States. 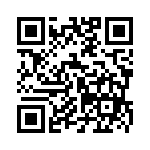