Seite 220
It may delicacy and the matters with which these can have been built in the fifteenth century ; and if be allied are essential . Having laid poetry , not pre - eminent for antiquity , it is distinguished then , aside , Austin Dobson ...
Seite 251
This surname occurs in the fourteenth ner's ' History of Kensington , ' 1820 , pp . century as Burbrigge , which indicates the 400-401 , it is stated that Talleyrand , during origin as Boroughbridge ( Yorks ) .
Seite 304
Portént , always , down to nineteenth And yet that older accent has lingered long . century , we are told ; as in Shakespeare ; and still so , in some present dictionaries . Nigh a century after Shakespeare , in Yet Pope , Triumph of ... 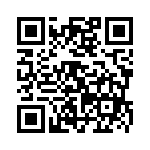