Seite 55
... the women who are entirely cloistered , who are generally the wives of the richest men . According to the tradition of the Qur'an , a husband may not prevent his wife from going to the baths — the hammam - at least once a week .
Seite 80
Where were we going , my cavalier and I , crossing each other , not like the parts of the Christian cross , but like the bones beneath the skull on the pirate's black flag ? Where were we going ? Or , more exactly , where was he going ...
Seite 94
Where are we going ? ” Dilapidated , faded - glory , corny , mixed - up , the Porteńa finds the orchestra speaks of the diversity and the place where these elements come to rest : Music of lost memories , of times past , an immense ... 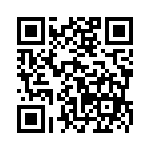