Seite 122
It finds mention , however , in Blaeu's Theatrum Urbium Belgicae ( 1649 ) , in which the town is thus described :C " “ Hazebrouck is a fair and populous municipality in western Flanders , enjoying the rights and privileges , as well as ...
Seite 123
In October , Hazebrouck , still Spanish , was invaded by a French army , which occupied the town for eight days , * For battle of Cassel see inscriptions recorded inflicting loss and ruin on the inhabitants , in ' N. & Q. ' 12 S. vi .
Seite 144
Believing Hazebrouck to be occupied by French troops the Germans had avoided the town , which remained undefended the whole of that and the following day . It was , however , on the evening of Sunday , Oct. 11 , that the British Third ... 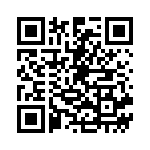