Seite 111
The regulative principle of our will is the moral law , is duty . We have to act in the
universe , and in conformity with a universal truth . If , then , faith results not from
knowledge but from a will conforming with the moral law , the existence of the ...
Seite 190
It was explained by the fact that Volkstum , the German racial principle , could not
, as such , form an integral part , a component , of the Europe of the nationalities .
That Europe , formed by the centuries that had followed the Middle Ages , had ...
Seite 368
The fate of Austria , Czechoslovakia , and Poland , the fate threatening Denmark ,
the Baltic States , Holland , Switzerland , and the Balkans , all this depended on
one and the same principle . There was talk of “ protecting " these States . 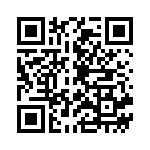