Far too hefty and thorough for any one-semester Chaucer course, the Chaucer Oxford guide will probably serve best as a general resource for a class in the library reserves. In that function, it might ... Vollständige Rezension lesen

Steve Ellis is Professor of English Literature at the University of Birmingham. He has published widely on medieval and modern literature. Publications on Chaucer include: Geoffrey Chaucer, Writers and their Work (1996), Chaucer: the 'Canterbury Tales', (Longman Critical Readers, 1998) and Chaucer At Large: the Poet in the Modern Imagination (2000). 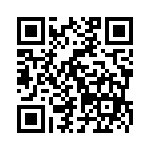