Balachandra Rajan is Professor Emeritus of English at the University of Western Ontario. He has written numerous scholarly books, including The Form of the Unfinished: English Poetics from Spenser to Pound and two novels. 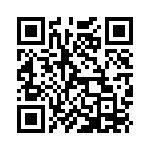