Seite 48
We might have the ending ( he was arrested ) and know the beginning ( there was a murder ) , but we might not know much about the middle . We might not know who investigated , how dif- ficult the investigation was , whether there were ...
Seite 55
Beginning. In the following exercises , you're going to start writing stories , working around a central event and making up the rest . Many stories are created in a linear fashion - you start with a catalyst and build your story ...
Seite 62
Other newspaper stories might tell of a murder — the beginning event that starts an investigation . Or there might have been a revolution or a riot - which starts a war . On Tuesday , October 6 , 1998 , I read the International Herald ...

Dr Linda Seger began her script consulting business in 1981, based on a script analysis method she developed as part of her doctoral dissertation, "What Makes a Script Work?". Since then, she has consulted with writers, producers, directors, and production companies on over 2,000 scripts and 100 produced films and taught scriptwriting in 31 countries. Among her many clients have been Ray Bradbury, Peter Jackson, William Kelley, Tony Bill, ITC Entertainment, Charles Fries Entertainment, TriStar Pictures, and the Sundance Institute. She has given seminars for executives at ABC, CBS, NBC, Disney, Embassy Television, RAI television (Italy), and ZDF television (Germany), as well as for members of the American Film Institute, the Directors Guild of America, the Writers Guild of America, the Academy of Television Arts and Sciences, and the Academy of Motion Picture Arts and Sciences. She is the recipient of several awards, including the Living Legacy Award from the Moondance International Film Festival. She is the author of eight books on screenwriting. 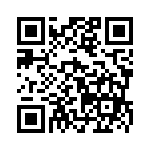