Seite 92
... with their English significations , the various editions of Fairbairn's ' Crests ' ( a bearers ' names , titles , & c . , and occasional notes new edition of which has just been published ) , and illustrations , selected from " The ...
Seite 199
The illustrations con- Stark - naked ” is a name for neat gin , possibly as stitute , to our thinking , the niost attractive indicative of the effects of its use . It is rather portion of the volume . We disapprove of the difficult to ...
Seite 454
This residence was known as Notes on some Dickens Places and People , ' by Compo Cottage , ” and his sobriquet among Charles Dickens the Younger , illustrations by H. W. his neighbours , with whom he generally spent Brewer . 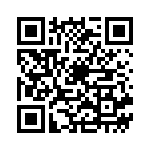