Seite 261
time called by courtesy Lord Surrey , in spite of the attainder of his father , Thomas , Duke of Norfolk , in 1572. Through his mother , Lady Mary Fitzalan , he was heir to his grandfather , Henry , Earl of Arundel , whom he eventually ...
Seite 410
From the 9th of March , readers can give me information about the when the fatal accident occurred , there is following chaplains on the Madras Estab- a blank in the Duke's journal till the 10th lishment :of April .
Seite 495
375 ) the spelling of the name of his ancestor , Mr. Jeston Homfray , the country 66 little " Duke attorney who assaulted the of ... what he terms family tradition , " he has fastened an odious charge on the Duke's private character . 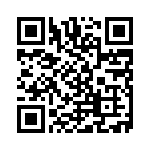